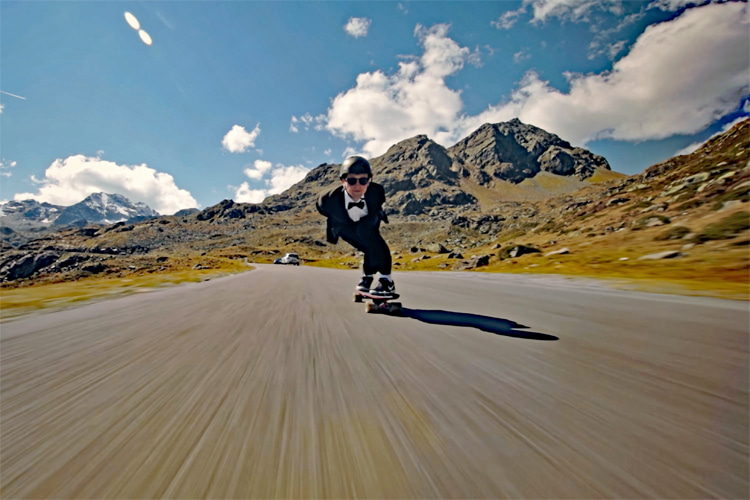 Skateboarder and YouTube star Josh Neuman died in a plane crash. He was 22 years old.

The American skater and rising social media star is one of the victims of the plane crash that killed four people in Iceland, local authorities have confirmed.

Neuman created some of the most popular downhill skateboarding videos on YouTube.

The plane, a Cessna 172, disappeared from controllers' radar last Thursday without issuing a distress signal.

It was found three days later on Lake Thingvallavatn by a team of more than 1,000 members of the Icelandic Association for Search and Rescue, who used a remote submarine and a sonar.

Thingvallavatn is the second largest lake in Iceland and is located about 50 kilometers from the country's capital, Reykjavik.

According to Icelandic police, the bodies of the victims were found on Sunday at the bottom of the lake at a depth of 37 meters.

Bad weather conditions initially prevented the recovery of the bodies.

They forced the authorities to suspend the operation until the weather improved because it was impossible to guarantee the divers' safety.

The cause of the accident is currently unknown.

In addition to being an athlete, the American had a strong presence in the digital world, where he shared videos showing his stunts.

The young man had traveled to Iceland to collaborate with Suspicious Antwerp, which posted a condolence message on its temporarily suspended website.

"The loss of our close friends has left everyone at Suspicious Antwerp in mourning. We want to express our immense gratitude to everyone for their support, condolences, and love. We send the same gratitude to emergency services, volunteers, and many others."

Bram Boriau, a spokesman for Suspicious Antwerp, told the Associated Press news agency that the purpose of the flight was to capture images of the Icelandic landscape.

"All the people were extremely passionate about travel and content creation, so these themes were the main focus of the trip," he said.

Neuman's family issued a statement on the passing of their beloved sportsman.

The skater had just lived "the happiest day of my life" after experiencing the Northern Lights in Iceland for the first time.

"In his quest for adventure, thirst for creativity, and passion for personal reflection, he truly impacted all those he touched," Chris, Kristin, and Daniel, the parents and brother of Josh, wrote.

"Josh believed in this world and knew that one person could make a difference. And he did."

"In his 22 years on this earth, Josh didn't just live life. He was life, and he lived every day to the fullest extent possible while being kind to everyone."

The skateboard - and skateboarding - are an American invention and innovation born in the gar...