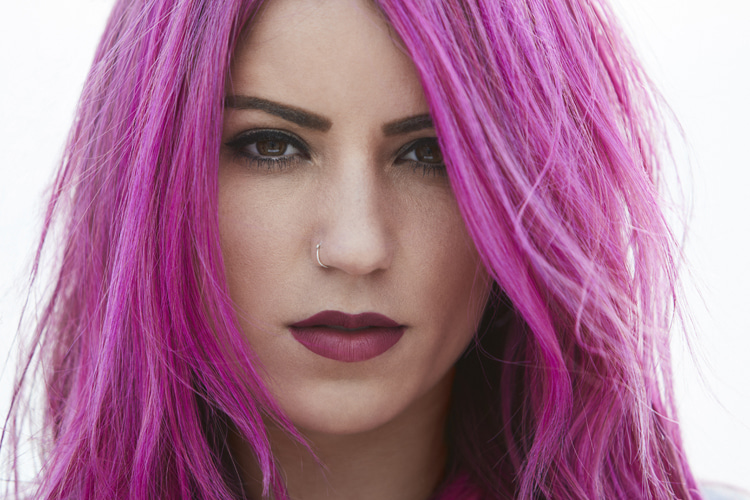 Leticia Bufoni is one of the most prolific and famous female skateboarders of the 21st century. Here's everything you need to know about the Brazilian-American rider.

Life hasn't always been easy for her but, despite being raised in a poor Brazilian family, Bufoni fulfilled her childhood dreams.

The path to becoming a professional skater was almost interrupted by a father who thought her favorite sport was a men's only outdoor activity.

Since she was a toddler, the dynamic Brazilian has always been an outdoor person, playing multiple sports in the streets of her hometown.

Six months before riding her first board, Leticia didn't know that girls could skate - only six months after watching a DVD, she realized she was not alone in the world.

Then, everything worked out naturally.

Bufoni admits she was rapidly accepted as a talented skater in a male-dominated sport and environment, eventually becoming the most women's skateboard street gold medalist in X Games history. 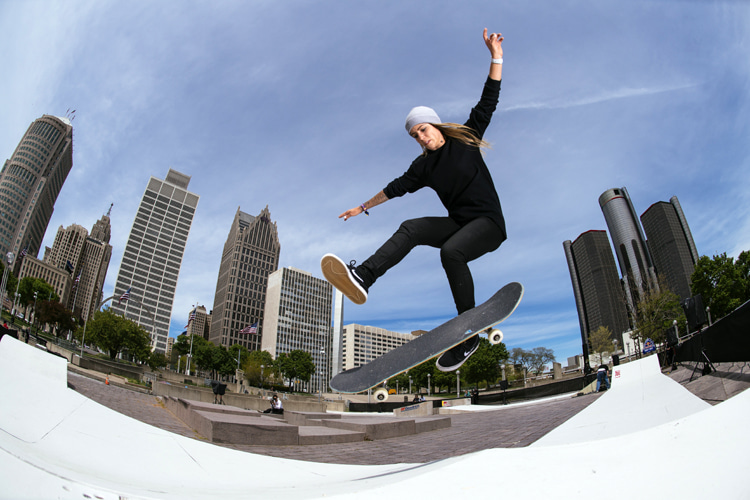 With grace, a unique riding style, and a fearless attitude, Bufoni steadily became a force to be reckoned with in the skateboarding world.

Today, the Brazilian-born athlete is a simultaneous role model, celebrity, and radical and sexy influencer with a strong and determined personality.

The skater is known for wearing leggings and using makeup while skating and hopes to ride a longboard by the beach when she gets old.

Leticia Bufoni approaches her art professionally - she is not a club or drinking person and takes her healthy lifestyle seriously.

When she's not doing photoshoots, interviews, or filming, you might see her training at her private skatepark or riding around Newport Beach.

Leticia could also be working out at the gym with her personal trainer, even though she is not a fan of lifting weights.

She was the first women skateboarder to ride for Plan B and the first female athlete featured on The Berrics' "Push" project.

Leticia Bufoni inspires millions of girls and women to ride a skateboard equal or better than men. And that changes everything. 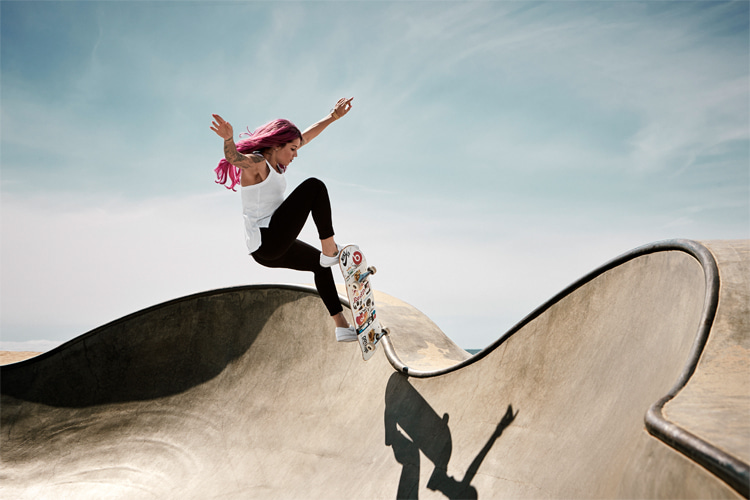 2. She was raised in Vila Matilde by her mother Claudete Bufoni Crud and father Jaime José da Silva;

3. The skater has two older sisters: Bruna and Fernanda;

4. When she was young, Leticia was into capoeira, the famous Brazilian martial art that combines acrobatics, music, and dance;

5. She started skating aged nine at Vila Matilde with a board borrowed from a sister's friend. But her father didn't enjoy seeing her daughter riding among ten male friends. So, he broke Leticia's board. Later, he changed his mind and embraced her girl's passion;

6. At the age of 11, she got her first proper skateboard from grandmother Maria;

7. Initially, in her neighborhood, many people used to call Leticia lesbian or tomboy. But she never cared and kept charging;

8. When Bufoni hit 14, she traveled to California with $200 in her pocket to compete for the first in the 2007 X Games. After the event, her father told her that he would let her stay in America if she could land an ollie inward heel flip. When she pulled it off, she did not return to Brazil;

9. While in the United States, Leticia attended Los Angeles' Hollywood High School. She missed so many classes that she was almost expelled. But she ended up dropping out; 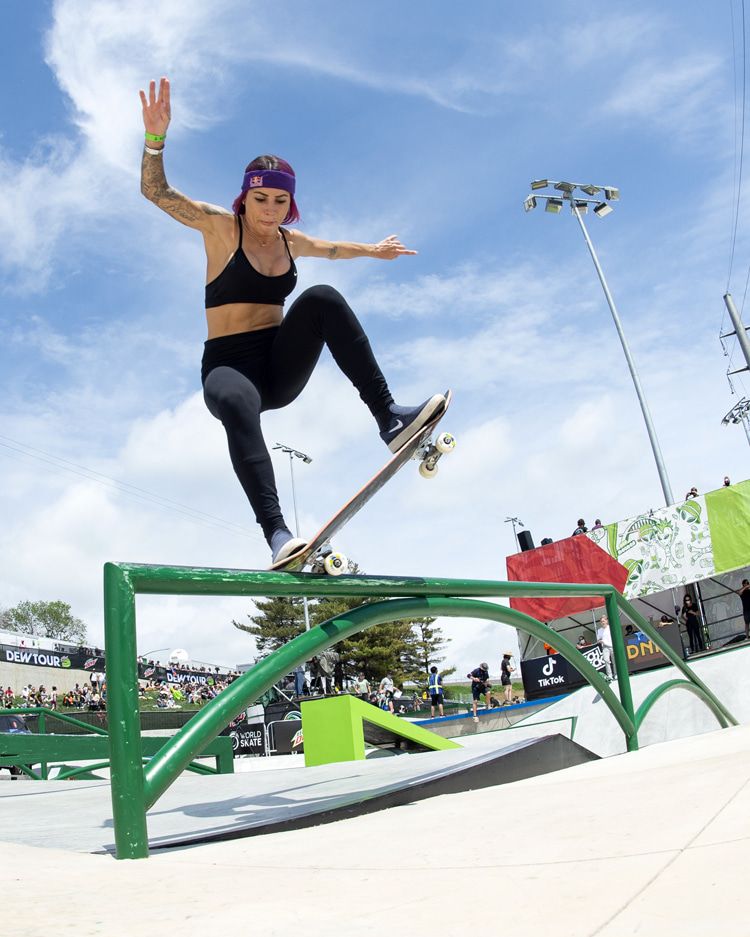 11. The street skateboarding queen was named "Personality of the Year 2009" by Globo's Época Magazine;

12. By 2015, Leticia Bufoni was already a globally famous skateboarder, earning herself a spot in "Tony Hawk's Pro Skater 5" videogame;

14. She suffered one of her worst injuries in 2016 after a lipslide slam. The Brazilian had a concussion, broke a bone in her hip, and lost her vision for a few hours. Bufoni also underwent knee and ankle surgeries;

15. In 2017, Bufoni became the first female skateboarder to compete at the Red Bull Hart Lines, an event developed by Ryan Sheckler;

16. Simultaneously, the tattoed skater entered the Guinness World Records (2017) for the most wins in the World Cup of Skateboarding;

18. The dynamic Brazilian street skater was named one of the most powerful women in sports by Forbes;

20. Her favorite movie is "A Star Is Born," and her best-loved TV series is "Prison Break"; 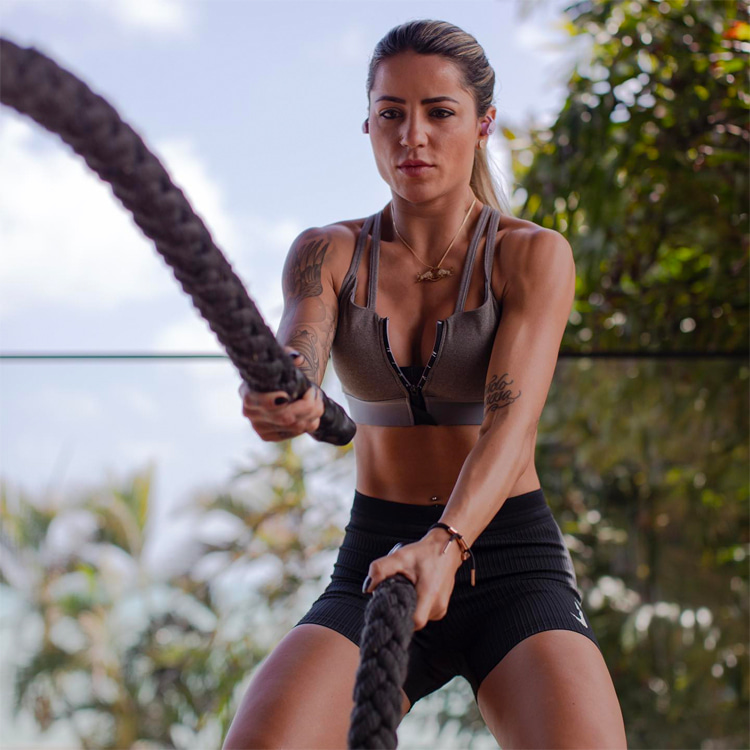 22. In 2015, she became the first female skateboarder to sign for Nike SB and featured nude on ESPN The Body Issue;

23. Bufoni also became the first female skater to land the cover of The Skateboard Mag in October 2015;

24. One of her most dangerous stunts was ollieing down 17 stairs;

27. The São Paulo native almost didn't pursue a career in skateboarding. Why? Because Leticia loves soccer so much, she was undecided for a while. The Brazilian supports Corinthians and Paris Saint-Germain;

30. Bufoni was one of the athletes chosen by the Brazilian Skate Confederation (CBSK) to compete in the 2020 Tokyo Olympic Games; 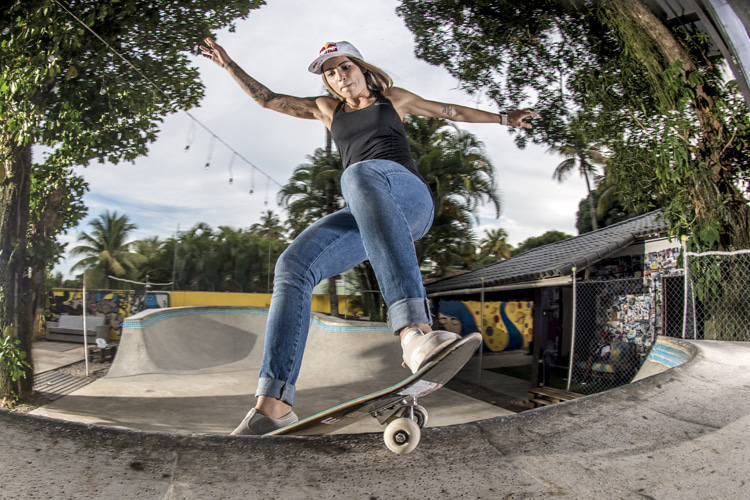 31. She enjoys going to gigs, especially the Coachella Valley Music and Arts Festival;

33. Her most famous nickname is "Fats" because she loves to eat;

36. Leticia Bufoni has several tattoos, including a crescent moon below her left eye, an airplane and a rose on her left hand, an eagle and a skateboard on her right arm, skulls, the number 13, and the words "Hope," "Blessed" and "Trouble," "Tudo Passa" all over her body;

The skateboard - and skateboarding - are an American invention and innovation born in the gar...